Mayer’s Strategic Natural Team (“SNT”) includes the executive leaders from each business function, the commercial sales leaders for each of Mayer’s four geographic regions, and members of the ownership family. The SNT is charged with development and implementation of Mayer’s strategic objectives, and is responsible for overall company performance and sustainability.

Nancy Collat Goedecke, Mayer Chairman and CEO, serves as the principal executive officer of Mayer and presides over all official meetings of the Board of Advisors and stockholders. She is a member of the Senior Management Team and the Executive Leadership Team. Other Mayer experience includes Telemarketing and Inside Sales.  Nancy is the oldest of the four children of Charles Collat and the late Patsy Weil Collat. Nancy, her siblings and their spouses make up what is known as the G3 (Generation 3) Group. G3 has been meeting consistently for the last 30+ years with Dr. Craig Aronoff of The Family Business Consulting Group. Nancy was the first leader of this group.

Mayer has always been a part of Nancy’s life. Her grandparents, Rosalyn and Ben S. Weil, founded the business in 1930 and her mother and father, Patsy and Charles Collat, accepted leadership roles in 1979.  Nancy began her work at Mayer during her high school summers.  After her college graduation and marriage, her career in electrical wholesale distribution began – a career that carried Nancy to Grand Rapids, Michigan and Tampa, Florida, where her first child, David, was born, then finally, back to Birmingham.  The family’s return to the city where the company first began saw the arrival of her second son, Scott.  At this stage in her career, Nancy's time was devoted to her family, volunteer activities and Mayer leadership roles.  In 2004, Nancy was named Vice-Chair of the Board and in 2008 she became Chair of the Board & CEO.  Throughout the following years, Nancy’s family continued to grow, welcoming her daughter-in-law, Jayna, in 2011. In 2013 her granddaughter, Ava, was born followed in 2016 by her grandson, Alex, marking the beginning of the fifth generation of Mayer’s family ownership.

In addition to being involved in the business, Nancy spends a great deal of time volunteering in the community. She has served or is serving  on the board of directors of the American Heart Association (Chair of the Go Red Campaign 2012-2013), American Red Cross, Birmingham Branch of the Federal Reserve Bank of Atlanta (Chair 2017-2019), Birmingham Business Alliance(BBA)(Chair 2019), Birmingham Zoo,  Birmingham Jewish Federation, Blue Cross & Blue Shield of Alabama, Collat Jewish Family Services (President 2006-2008), Girl Scouts, Junior League, Leadership Alabama, Leadership Birmingham, McKinney Capital, National Multiple Sclerosis Society (Campaign Chair 2017), National Council of Jewish Women (President 1996-1999), Newcomb College Dean’s Advisory Board, Public Affairs Research Council of Alabama, Rotary Club of Birmingham, Smile-A-Mile, Temple Emanu-El, UAB Leadership Council, United Way and the YWCA.  Nancy was chosen to be the first woman in the 93-year history of the United Way of Central Alabama (UWCA) to chair the organization's annual fundraising campaign (2015). Of note, she was also the first female chair of the BBA (2019).

Although her business and civic involvement is important to Nancy, her real passion is her family… sons David and Scott, daughter-in-law Jayna, granddaughter Ava and grandson Alex.

Wes Smith serves as President of Mayer. An Associate since 1987, Wes has worked in numerous roles throughout the company and developed a unique perspective on how to build on Mayer’s rich history to ensure a bright future. His career at Mayer began as a warehouse associate and progressed forward with roles in internal auditing and quality assurance. In 2000, Wes became Mayer’s first Chief Information Officer (CIO).  In 2005, he moved into the role of Executive Vice President & Chief Operating Officer.  He advanced to his current appointment as President in 2008.

Wes is a member of Mayer's Board of Advisors, Executive Leadership Team and Senior Management Team.  He is active in the industry and serves on multiple boards and councils.  He has had or currently holds key leadership positions on multiple boards including the National Association of Electrical Distributors (NAED) Chairman 2020-2022; IMARK Group Board (Chair-Elect 2020); Industry Data Exchange Association (IDEA) Past Chairman and multiple distributor advisory councils.  Wes was awarded the Distinguished Distributor Service Award by the National Association of Electrical Distributors (NAED) in 2014.

Current Chairman Emeritus of Mayer, Charles A. Collat, Sr., is one of Alabama’s most respected business leaders. He is the retired President and Chief Executive Officer of Mayer.

Charles was born in Savannah, Georgia. After graduating high school, he entered the University of Georgia where he graduated with an accounting degree and then joined the United States Air Force where he served in Japan during the Korean War. When Charles returned home, he moved to Birmingham to be close to his sweetheart, Patsy Weil. He began his career at Mayer as an associate in 1953 which is the same year he and Patsy were married.

During his early tenure at Mayer, Charles’ work ethic and excellent strategic decision-making helped to catapult him quickly into leadership roles at the company. He eventually took over as owner and President of the company in 1979. The company has grown to be one of the largest electrical distributors in the nation, expanding from about 20 associates to over 1,200 today. Currently, Mayer has 75 plus locations and has exceeded $1 billion in sales.

Realizing the need for education in the distribution industry, Charles and Patsy established the Ben S. Weil Chair of Industrial Distribution at the University of Alabama at Birmingham (UAB). Charles feels very fortunate for his success and enjoys sharing the results of his success with others. Today, UAB has built a new facility to house the newly named Collat School of Business formerly known as the UAB School of Business.

In addition to his leadership within the company, Charles is an extremely active member of the community and the industry, budgeting his time and resources to support a number of worthy causes, including Temple Emanu-El (President 1979-1981), Temple Emanu-El Endowment (President 1979-1997),  National Association of Electrical Distributors(NAED) (Chair 1986-1987), Rotary Club of Birmingham (President 2003-2004 ), the Alabama Institute for the Deaf and Blind, United Way and the University of Alabama-Birmingham.  Charles' contributions to the community culminated in his selection to help carry the Olympic Torch to Atlanta for the 1996 Olympics.

His personal philosophy is “Do Good and Be Better” which is something he has strived to do all his life. Family is important and the associates at Mayer are all part of his family. One of his greatest desires is that all Mayer associates achieve their business and personal goals.

Charles was married to Patsy Weil Collat for 62 years when she passed in January, 2015. He and Patsy were devoted to the upbringing of their four children, Nancy Goedecke, Caki Mendel, Susie Collat and Charles (Charlie) Collat, Jr. Charles has ten grandchildren and two great-grandchildren. He is currently married to Joanna Gotlieb Collat. 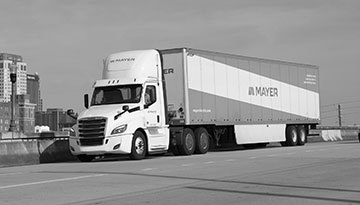 Our Vision and Values 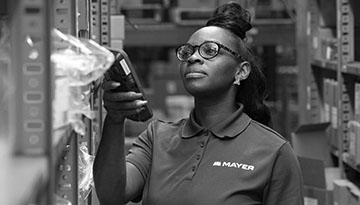 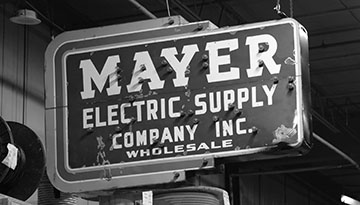 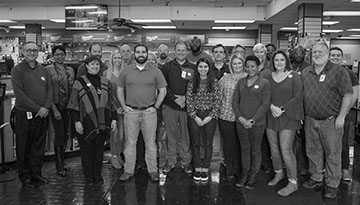